The 7 deadly sins of project management 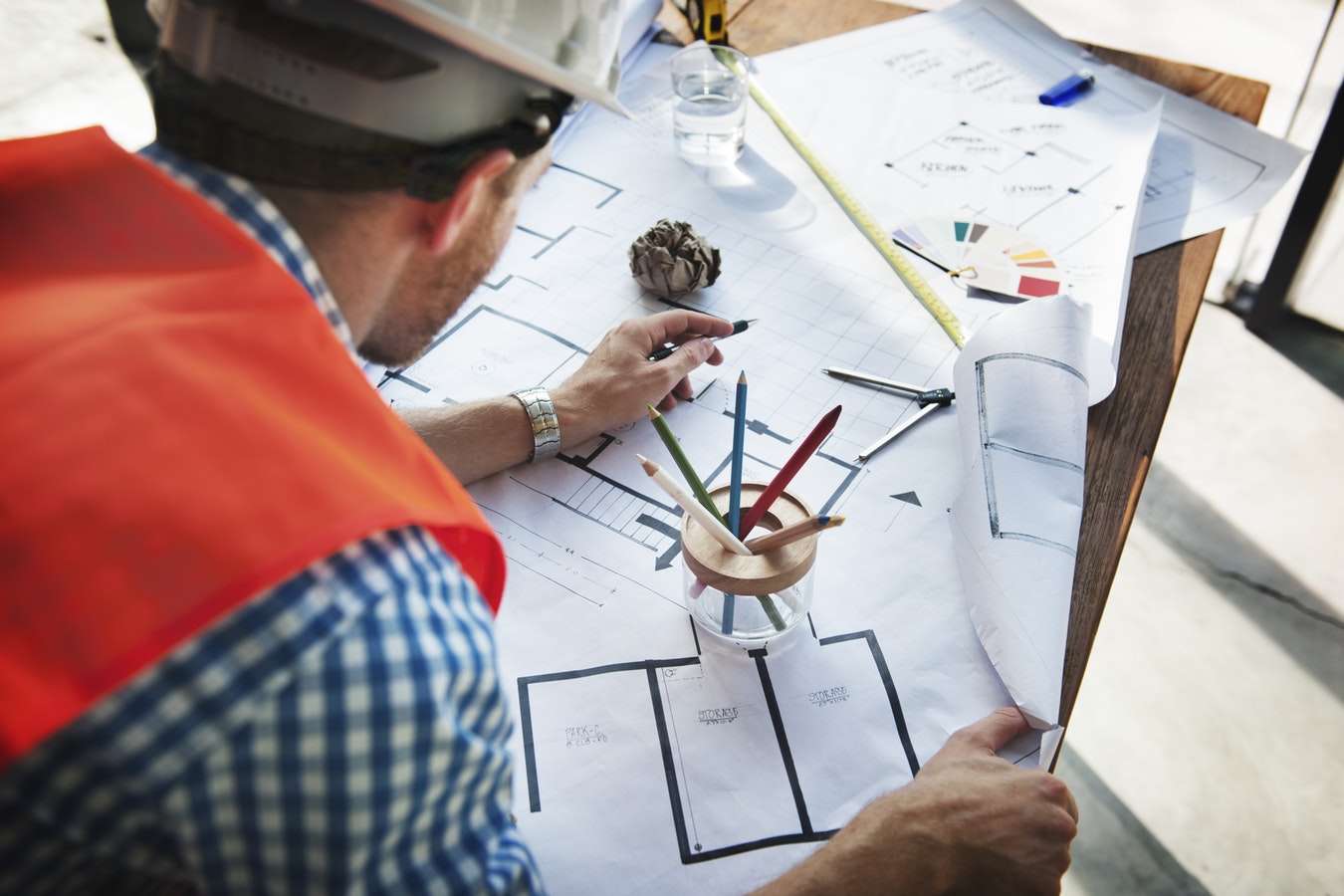 For many of my straight laced, PMBOK toting project managers out there forgive me as this article was written for the layman and I’ve adapted some terms for easier understanding. Also please note that my use of project manager below is loosely coined for anybody that finds themselves managing projects internally or externally within an organization, not necessarily just those who have earned the designation of CAPM or PMP.

The art of project management can never be overstated. In many different industries regardless of whether it’s in Finance, Retail, Healthcare, Pharmaceuticals or running a Consulting firm projects arise, just as certain as we have the rise of the sun at dawn and the setting at dusk. I’ve had the good fortune to see multimillion-dollar projects succeed, exceed expectations and some crash and burn all because of bad planning. So, from my years of experience I would like to provide some guidance to all the project managers out there, to help steer your projects on a proper trajectory so good ideas don’t end up as tragic failures that could derail your career or your organization.

Listed below are my top 7 deadly sins for project management, which if not avoided, will most definitely lead you into peril.

Now while this may seem very simplistic at most, I’ve seen this one mistake trip up many good projects. Mainly because most project managers only account for the principles who established the project, such as their immediate supervisor, the CEO/ Owner or the direct governing body that approved the project charter. But many times stakeholders can include a collection of other people such as committee groups, the general public, sponsors, intended users or beneficiaries of the projects outcome.*

When taking these stakeholders into account, it is of importance to note their influence, involvement, expectations, and role in the project as these could have dramatic impact on whether a project is widely received, negatively rejected or ineffective in its execution. Once these items are noted and defined you can develop a well-defined stakeholder register* that allows you to make strategic decisions based on which stakeholder requires updates, which stakeholder has influence and other dynamics that can be managed from this document

The project scope statement while similar to the project charter, will contain the entire scope, including project and product scope. It will also describe in detail the projects deliverables and a common understanding of the project scope amongst stakeholders and most importantly it may contain key scope exclusions that assist in managing stakeholder expectations. *

I’ve been on various projects where planning meetings were held with various stakeholders and long lists of projects requirements are given and written down. But I’ve seen where inexperienced project managers don’t prepare an extensive scope statement, including all exclusions. Which results in the delivery of a product that fulfilled all the criteria that the project manager was accounting for, but not the extensive wish list of the stakeholders.

After the planning meetings it is important for the project manager to provide an extensive scope statement so all stakeholders are aware of what can and cannot be completed on their project. This one step will lead to an increased level of stakeholder acceptance and less project rework.

For more insights on scope creep, check out: “How to Prevent & Manage Scope Creep.

I’m sure many of you, have been on projects where initially the budget was ill defined, and it appears that the bankroll for the project is endless and can cover the extensive wish list of all the stakeholders; until the project cost center has exceeded its baseline ahead of forecast and the project comes to a grinding halt.

One of the best ways to control budget creep, is by having your approved project scope statement and project terms close by, as a reference point so as the client continues to add in endless revisions or additional requirements that are outside of scope you can artfully wield them back in line to the approved requirements and stick within budget.

Too many times project managers leave this aspect to their persuasion skills alone and find themselves facing an uphill battle when trying to convince their stakeholders to abandon their persistent list of additions or changes; and many times, it ends with the project manager at odds with a stakeholder who can’t have their list of changes met. But with a well-defined project statement you will both have a index point, that can be used to guide the project.

A second way to control budget creep is by having a well-defined change approval process in place, so that all changes are tracked, logged and approved by a governing body for the project. It is also extremely important when there are large projects with multiple stakeholders to ensure the person requesting changes are authorized to do so.

Planning the schedule is important as it gives stakeholders a clear expectation of when the project will be completed. Many project managers design their scheduling based on past historical data from a similar activity or project which is called Analogous estimating*. Analogous estimating uses parameters from a previous similar project, such as duration, budget, size, weight and complexity as the basis for estimating the same parameter or measure for a future project.

One of the main issues that evolves from using this method is that it is less accurate. As an example lets use the design of 2 websites for comparison.

Website A could be a simple 5 page website that is used to host a financial company’s information and provide a portal to process payments that are delivered to company A’s Bank. Which for sake of argument was outlined to take 12 weeks from scope signoff to full completion.

Website B could be a similar  5 page website for an online newspaper that is built using the same framework as Website A , but rather than integration of a portal to collect payments. Website B has decided to include a premium monthly membership signup page for collecting payments.

While on the surface both website A and website B seem to be the same. The underlying technology to make each payment collection software work seamlessly with the website are inherently different, which would account for the difference in time quoted for each website. It’s important as project managers to be able to identify where differences reside in projects when using analogous estimating and account for that additional time.

The second most used technique which is more advanced and has a higher degree of certainty, is called the Beta Distribution technique, which uses a three point calculation based on estimates for varying degrees of certainty ( Most likely -tM, Optimistic – tO, Pessimistic – tP). This method while used widely in various industries, does require some mathematical calculations and some thorough analysis, which I won’t delve too deeply into here.

While the timing of the project has many far-reaching outcomes, I’ve seen those main issues for time overruns are mostly always project rework, improper initial estimates and communication breakdown. If you can control those three items, you are definitely on the right track to staying within your time schedule.

This sin is often overlooked by inexperienced project managers as they have no clue they should be controlling for this variable. Communication is the crux of any project and it can cause any good meaning project to get off-track quickly. The easiest way to get a solid grasp on the communication requirement for the project is referring to your stakeholder register, identifying preferred methods of communications and noting who needs to know what and how they can influence the direction of the project. When I began my introduction to project management I had no clue that there was a formula for calculating communication channel .

Where n represents the number of stakeholders. As such if there are 6 stakeholders in the project, there exists 15 communication channels to be managed. While this can seem dizzying, once you identify which stakeholders hold influence and their preferred communication methods, it becomes a much easier task to manage.

While it may seem like a foregone conclusion that managing risk on a project is ideal. Many project managers jump into projects without a defined project risk assessment and outlined risk register.*

Which is a listing that refers to identified risks, list of potential responses, risk owners, symptoms and warning signs, the priority of those risks and a watch list, which is a list of low priority risks within the risk register.

Many organizations structures have a direct impact on whether a project fails or succeeds. Have you ever had to navigate numerous levels of authority to get approvals? Of have you felt like it was difficult to gain traction on your projects? Or have your projects lost out in favor of day to day routine operations?

Did you feel like it was something you were doing wrong and nothing you did stopped you from drowning? Well in effect you could have been experiencing the impact of organizational structure 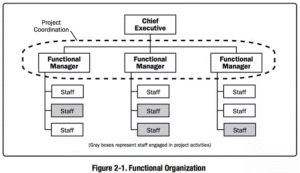 Sometimes cutting across and requiring resources from multiple departments, with multiple layers of authority involved and that is what we call the weak matrix.

The issue that evolves with the weak matrix is that since the intended project coordinator has no power or influence, project resources are thin and scattered and most staff aligned for the project internally are not committed or incentivized to see the project succeed as they already have overarching functions and deliverables for their preexisting roles. 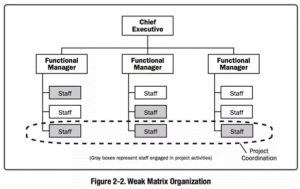 Project success in these environments are hard to achieve and may often be unachievable, so it’s import to identify what structure your in and if it is the weak matrix, try to lobby for a designated project manager role, with the most important aspect of this role being an identified level of control and designated reporting body who has overriding control and influence to help see your project succeed.

At the very least, this will morph the organization structure in one of a balanced matrix and while not the best matrix available, it may be the closest compromise your organizations is willing to make and it will increase the likelihood of success dramatically. 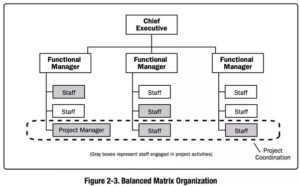 The main reason this sin correlates so highly to project failure is by assigning a high level project to an individual who has no project manager experience or background is essentially dooming your project to failure as they don’t know what they don’t know and how to navigate the pitfalls.

The second way I’ve seen this sin committed repeatedly is by assigning the subject matter expert as the project manager. Just because this individual may have in-depth knowledge of the product or project, it doesn’t mean they necessarily have the communication, risk assessment or project management skills to manage a successful project. Don’t allow information bias to cloud your judgement when choosing a project manager for your next project, this person will be essential to its success.

It is my hope that this listing of 7 deadly project management sins can help you avoid the dreaded purgatory of project failure.

About the Author : Fabian is a marketing strategist with over 20 years of marketing and creative experience working with companies in a variety of industries such as retail, finance, government, food, and the beverage industry.  His strategy involves learning your business from the inside out and providing a bespoke plan to achieve your designated objectives.

* These terms were adapted from PMBOK 5th edition, including diagrams used.